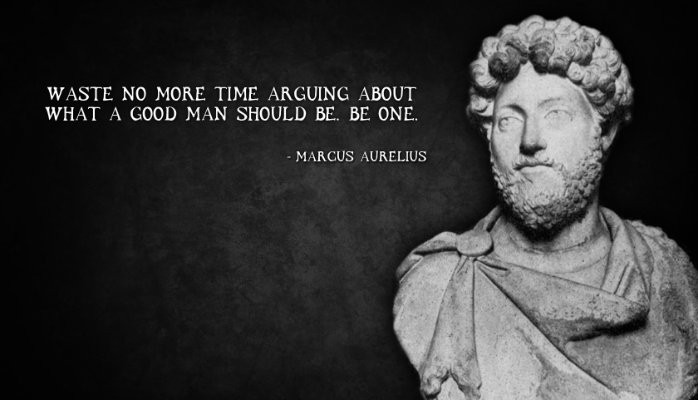 For the last week or so my son has been demonstrating varying degrees of dependency and attachment in favour of me compared to his mum, which, for a couple of differing reasons, has made me feel guilty and reflecting my my guilt identities. This has partly been a consequence of his recent bouts of coughs and colds, conjunctivitis and then tonsillitis, which we perceive has made him feel more vulnerable. In addition, he has recently started at nursery and I am responsible for drop off and pick up. This has established a routine between us that might be temporarily affecting his parental preferences for comfort and security. I am aware that these behavioural traits are typically phases, but I still find it difficult to see how much it hurts my wife. My additional guilt relates to my commitment to my academic studies and career. In combination, these guilty feeling combine to form a spectrum of guilt that can approximate the spectrum of masculinities I also inhabit in my life.

I will start with stoicism as my initial focus as I wonder if my instinct in this scenario is to present controlled demeanour (akin to unconscious stoicism) to protect the emotions of my wife and son. I have recently engaged with the concept and philosophy of stoicism (originated by Zeno of Citium) on a discussion board reflecting on the excellent guardian series ‘modern masculinity‘. Stoicism is a term I have used previously in a relatively negative frame as I associate it with ideas of presenting a public version of masculinity that conceals emotion. My understanding of the term involves individuals projecting a sense of emotional control that can harm the individual’s mental health and provide a damaging model that others may feel they need to follow, especially children. I was presented with the original philosophical perspective which also encourages individuals to be open with their own vulnerabilities as an act of revered ‘courage’, alongside ideals of temperance, justice and wisdom, which I am far more encouraged by as guiding principles for masculinity. However, I perceive the dominant understanding of stoicism to conform with my first assessment of guarded emotions and men taking responsibility for outwards displays of strength. I feel this can encourage existentialist dichotomies between men and women as men aspire to remain in control of their emotions. I also feel this model of masculinity is a proxy for hegemonic masculinity in certain contexts and elevates men to a position of righteousness; in effect a patronising position.

I therefore feel that the more I try to protect others through my attempts at self control and performance of ‘calm’, the more damage I might do to them and myself. The damage may be through my conformity with models of ‘superior’ calm embodied by hegemonic masculinity, which reproduces the power imbalances of the gender order, or it may also be the damage I do to my own emotional processing through forcing my emotions into an inter vault. This internal conflict leads me to the conclusion that I should embrace a greater degree of vulnerability (something I accept can be part of the philosophy of stoicism and courage), which is something I have explored in my recently accepted paper to Human Resource Development International journal. However, achieving success in one realm, my academic pursuits (through my active reconstruction of my masculine identity) ironically requires a degree of stoicism to maintain equilibrium with my other identities. Whenever I focus on one identity such as my career, I create tension with another, namely my re-embodied masculine self as a parent. This is when my sense of guilt rises up and takes hold.

The downstream impact of my unconscious stoicism is that I have experienced varying degrees of guilt. Guilt is a polysemic term and evokes ideas of penal culpability, internal strife and a general sense of being ‘in the wrong’. I experience guilt as a parent for the affection from my son, which I feel is unearned in comparison to my wife, who has spent far more hours and quality time with my son than I have. I have, as previously discussed, consciously tried to maximise my time with my son through working flexibly and prioritising our relationship (sometimes to the expense of my studies). This is a personal choice and reflects my values, which do not place academia (as a proxy for my self-actualisation) on a pedestal above family life, rather as a vocation and life choice which I feel should complement family life. This is a conceptualisation that I have become obsessed with and something I feel should be possible more widely than Higher Education too. I am therefore left pondering the irony that I may also be feeling guilty for my dispersed commitment to my studies at points over the last year. My guilt is transient but cyclical and surges at varying points in the week. I am ‘triggered’ by the successes of colleagues and peers, while I also question my parental credentials when I attempt to embody a truly ‘involved’ parental identity. I perceive my failings through my frequent feelings of frustration when he won’t sleep in his cot, (which has led to us sleep training – a whole new arena of guilt!), or when he makes a colossal mess at dinner time… I am learning my craft as a parent and know I should not be feeling guilty. I also acknowledge that I should embrace these nuanced experiences as essential to the spectrum of parenthood and masculinities which my research aims to explore. I cannot, however, shake the immutable sensation of guilt tinged by self-diagnosed self-indulgence and impostor syndrome at my privileged experiences as a student and a parent.

What does this all mean? I suppose there is no easy answer to these themes of masculinity; there are inherently a constant presence in my conscious and I don’t necessarily feel that I should battle against them to vehemently. Stoicism remains a cultural artefact of the models of masculinity I have inherited, it is not purely negative and in many circumstances provides a framework for ‘plodding on’ when things are challenging. I really like the idea of stoicism including expressions of vulnerability as an act of courage, but I feel that vulnerability should not require courage, rather it should be a natural discourse to open up emotional support networks and encourage empathy amongst peers. This is something that I intend to explore further for my own sense of self. As commonly perceived ‘stoicism’ is an inherited trait, so ‘guilt’ is a universal experience which makes us all human. As a husband, my guilt keeps me focused on the fairness of equal contributions to our relationship, as a parents my guilt ensures I never take my son for granted or chastise myself for fleeting moments of self-pity, in my my guilt keeps me focused and driven to achieve better for myself and my family. Guilt, as with stoicism, can be a positive influence when we accept there influence on our behaviours as part of the wider consciousness of being human. As with broader perceptions of masculinities, it is my acceptance of the spectrum of experiences that will allow me to embody a more nuanced and authentic version of myself and, by proxy, potentially contribute to broader progress towards a kinder, wiser, more willingly vulnerable and empathetic masculinity at home and at work.